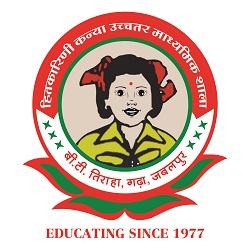 The famous, oldest and glorious educational institution of Jabalpur city, Hitkarini Sabha, completed the historic 152 years, starting in 1868 with a sense of awakening national consciousness in the society and providing positive direction to it. The educational institution Hitkarini Sabha gave importance to girl education in Garha, a suburban area adjacent to the picturesque hills of Madan Mahal, hence on 10th August 1977 inaugurated the Hitkarini Girls Higher Secondary School Garha. Subsequently, the school has been started since 1981 in a school house built by Hitkarini Sabha on the land provided by Major B. T. Voylett for the purpose of girl education.

The school is run in a grand school building on the land donated by Major B.T. Voylett to Hitkarini Sabha for girl child education and their overall upliftment in the suburban area of  Garha.

Major B.T.Voylett was influenced by the Indian culture.  He performed the last rites of his mother on the banks of Narmada.  Major B.T. Voylett was unmarried, and the ‘Matru-Shakti’ was indeed ingrained in him. The school pays tribute to him.

In view of the progressive advancement of the school and the increasing number of girl students, a new two-storey grand all-inclusive school building has been constructed under the direction of the present Secretary, Hon’ble Shri Vishwamohan and the Hon’ble Members of the Hitkarini Sabha. In the current session, 385 students from class VI to class XII are studying in the school. 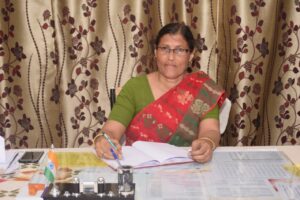